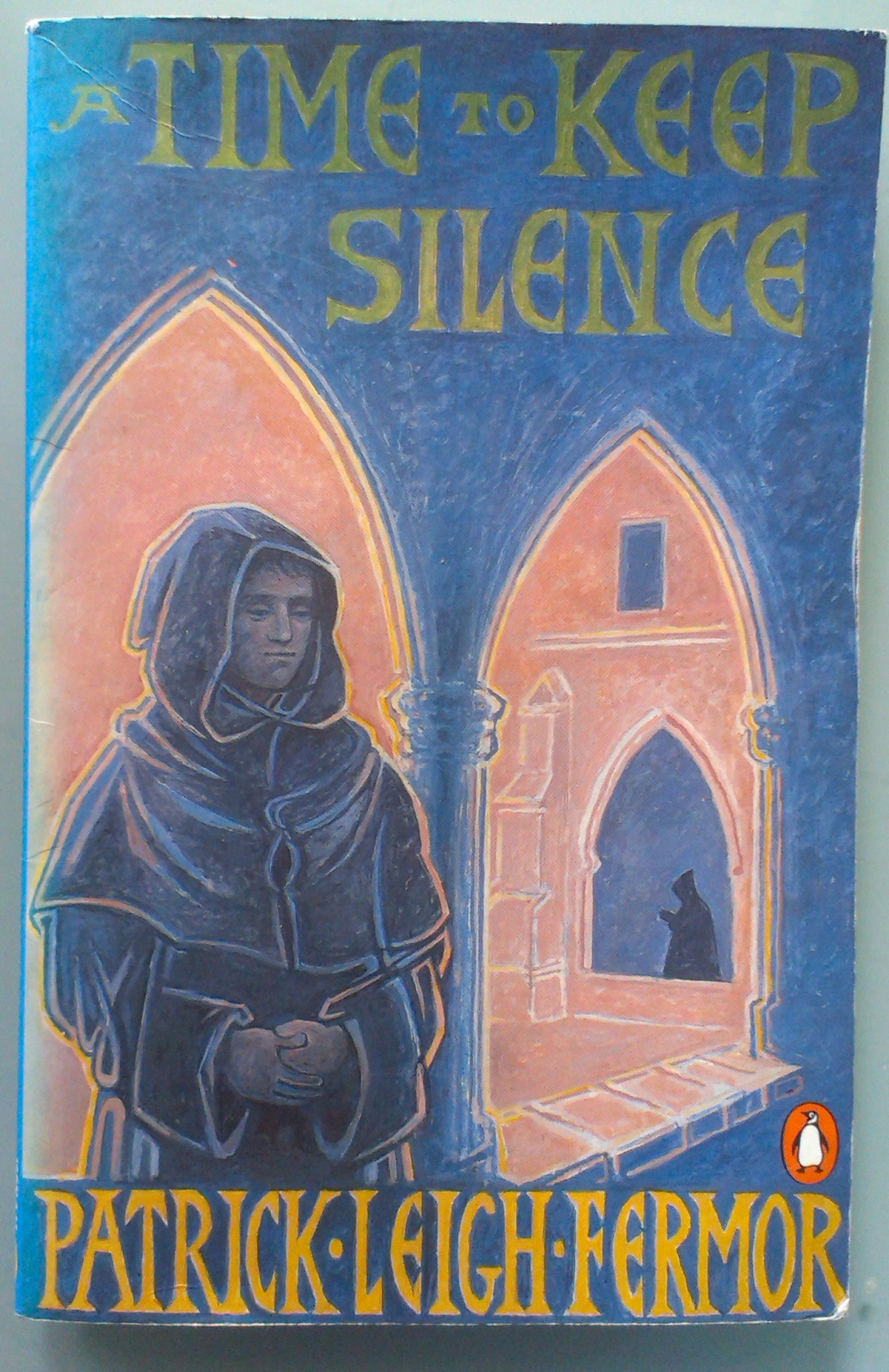 Well it’s a few weeks since I embarked on a self-imposed challenge not to buy any new books, but instead to read or re-read titles languishing on my shelves (or piled up by the bed, in the bathroom, on my desk – oh you know the score).

So how am I doing?

Umm. First the good news – I’ve managed to avoid buying any new books (for me that is, for some reason, at precisely the same time I start this challenge, my two daughters, brought up from birth in a seriously bookish house, but until now hardly avid readers, have decided that now is the time to be smitten by the reading bug. This is good news, so obviously I’m going to encourage it). 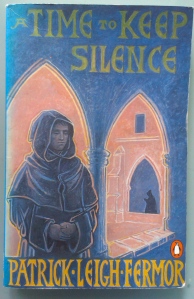 When I started, I was waiting to read A TIme To Keep Silence by Patrick Leigh Fermor.

It’s a short book, describing Leigh Fermor’s experience of monastic retreats. I was intrigued, because in the distant past, I went on a couple of silent retreats and still vividly remember the roller-coaster of emotions I felt while keeping the silence. As I’ve got older, I do feel myself valuing silence much more than I did in those days. I’m not sure I could honestly say I enjoyed the experience back then, but now, I’m pretty convinced that I’d welcome it, at least for a few days. It was fascinating for me to read about Leigh Fermor’s response to longer periods of silence and the rhythmic cycle of the monastic day. I read it, drawing parallels with my own experience and I wonder how it would come across if the reader hadn’t had any similar experience.

After that, I picked up Alison Weir’s Isabella, She-Wolf of France.

I have managed to re-read it – even though I knew how it ended! It was just as interesting as the first read through, and had me wondering how women lived in the Middle Ages, but I think perhaps my views on Isabella have hardened a little over time. I’m sure she faced some truly hideous situations, but I’m not sure she’d have been someone I liked much on a personal level.

And now I have to confess – I think I’m experiencing a few withdrawal symptoms. I have been very good at avoiding browsing on Amazon, but not having a new book to look forward to (even though I’ve plenty of unread books sitting here), is making me a bit anxious. And I can’t seem to feel the same anticipation and excitement about the books I have lined up. Why is that?

Anyway, I’m not about to cave in, so I’ve decided that next I need to read something I haven’t read before – maybe I need to balance a re-read against a first time – so, what will it be?

In a moment of nostalgia, last summer I downloaded to the Kindle the complete works of Anthony Trollope. (I should say I read The Prime Minister for ‘A’ Level and didn’t mind it – maybe because it wasn’t that long after the BBC had serialised The Pallisers). At that time, I remember my English teacher, Alan Holden of Bromsgrove (the same wonderful teacher the actor Mark Williams credited with being one of his heroes – see here), saying that he loved these novels and re-read them regularly. I wondered then what is was about Trollope’s novels that marked them as special to such a widely read teacher as being worthy of re-reading. I’m going to take him at his word, and give them a go. I wonder if he’d be amused to know how long his influence could still be felt.

So off I go to charge the Kindle. I’ll take them one at a time in sequence – it’ll be interesting to see how that goes.

It could be a long summer…

If anyone else is sticking with the challenge, I’d love to know how you’re getting on too.

12 thoughts on “Re-reading is challenging…”