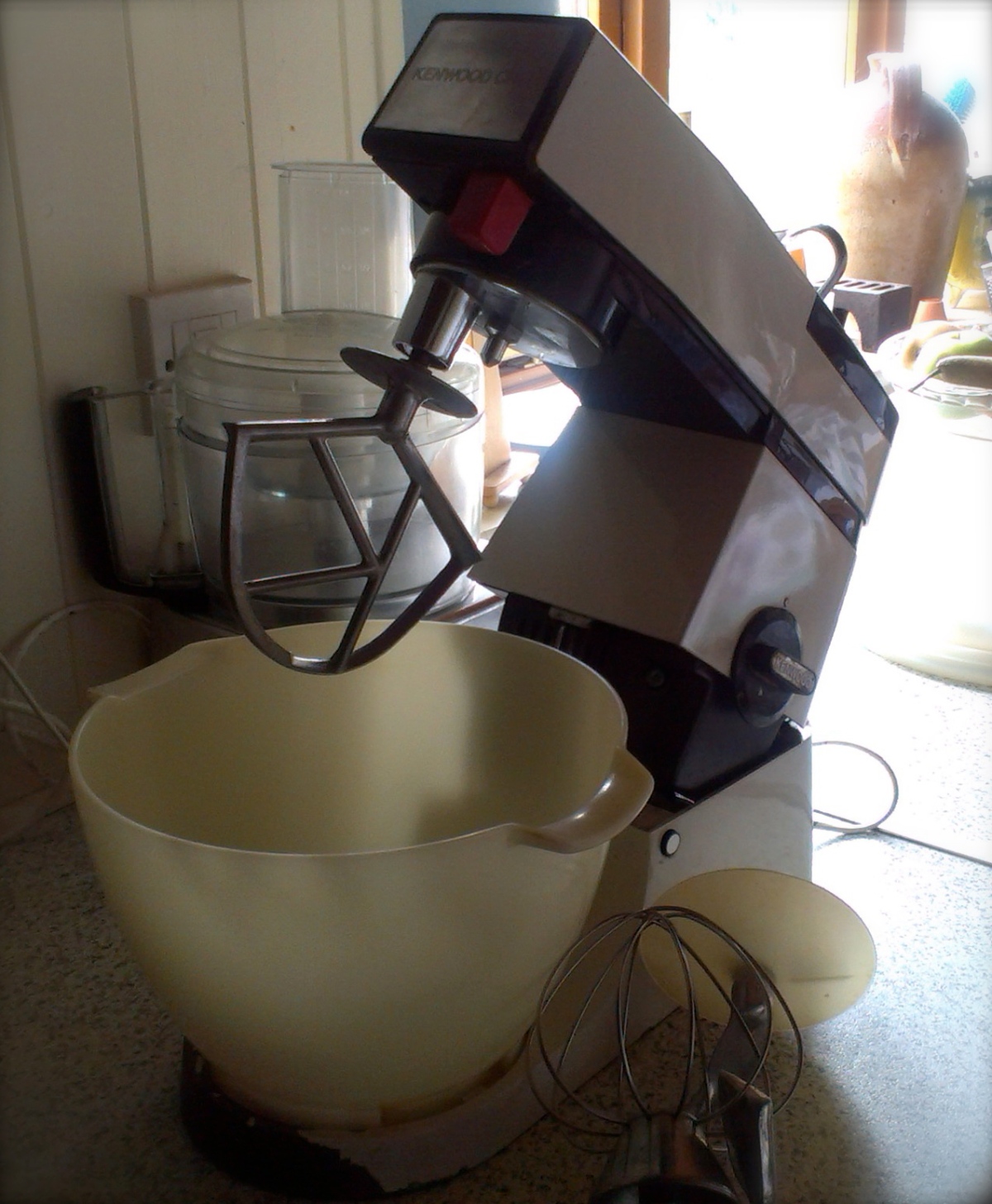 In the 1970s, my mum became the proud owner of a Kenwood Chef. She was an enthusiastic cake maker (and eater for that matter, although unlike me she had hollow legs, but that’s another story…). She must have used it practically every week for the next thirty plus years. When she died and we cleared her house, the Kenwood was still sitting in the corner of the kitchen, unaware that it had helped make its last cake.

It’s been boxed up in our garage ever since.

Until that is, a couple of weeks ago.

So in it came. I gave it a good clean, out came the strong bread flour and yeast, in it went, on went the switch, it purred round and round – I smiled. It suddenly went berserk – I switched it off – and then back on again – it whizzed around maniacally, and a nasty electrical smell came out – and then it emitted one very loud and abrupt BANG! I cried.

But the advantage of being married to a techno-hero, is that he can take things apart and put them back together again.

He took out his screw-driver, did a considerable amount of muttering, googled  ‘Kenwood repairs’ and now, two weeks and a new resistor later, I have a functioning Kenwood. Hoorah!

I just know my mum is cheering from her fluffy cloud and my dad is thinking what a good job I married someone just like him.

So today, in their honour, the first cake from the repaired Kenwood – is mum’s favourite – a Madeira. (And a loaf is just proving now).