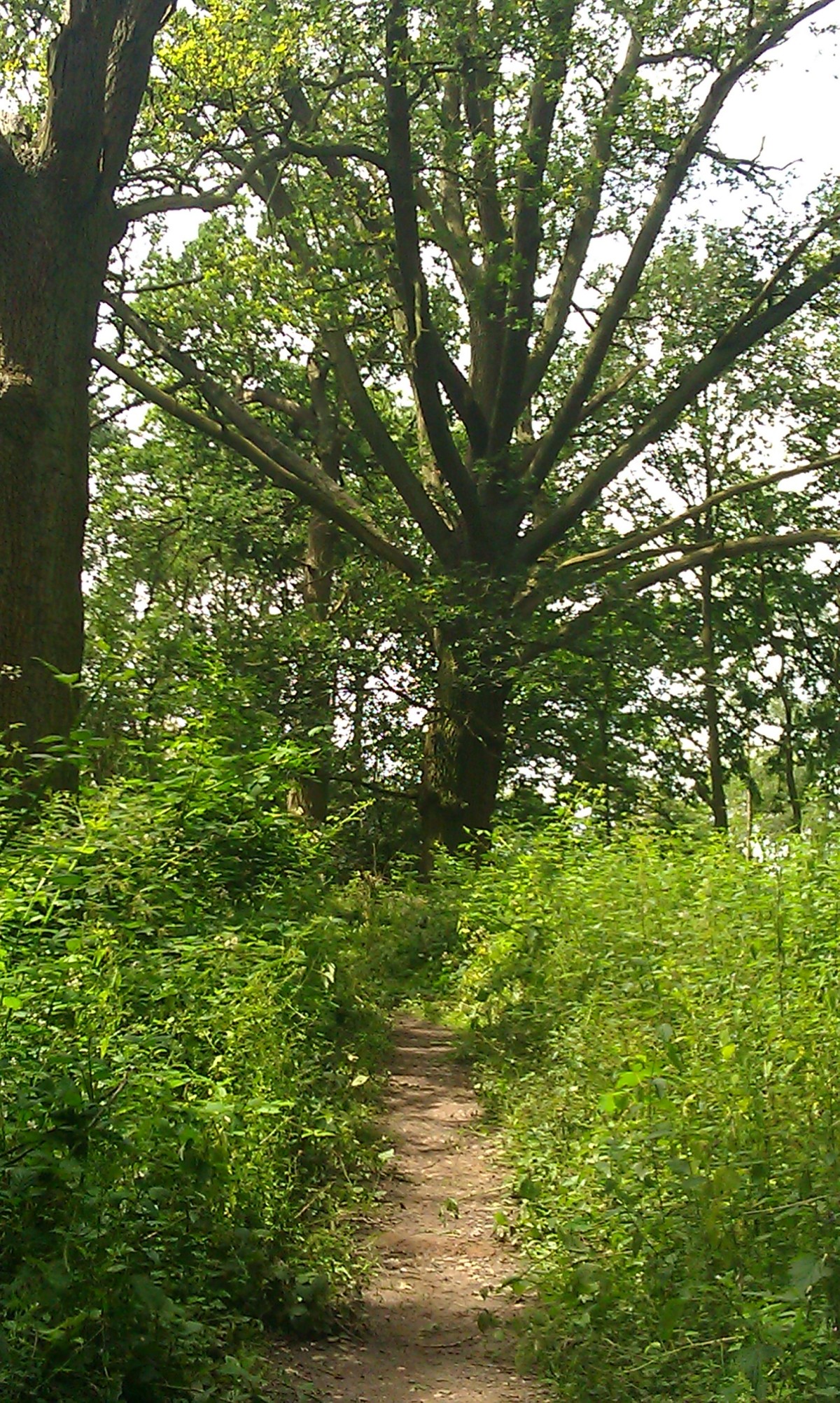 The rain hasn’t stopped all morning, so I thought I’d share some photos I took last week in Worcestershire, in the few hours on Thursday morning when the sun actually came out to play. 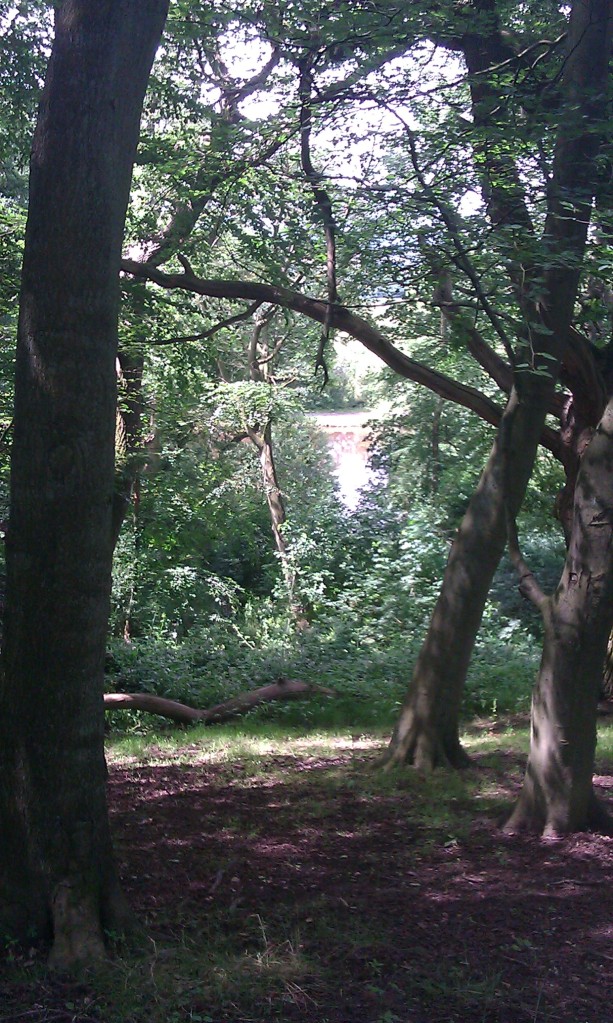 As I was in Worcestershire, I decided to take the dog for a walk around my old stomping ground – Hanbury Woods (or as I think it is now known – Piper’s Hill and Dodderhill Common). 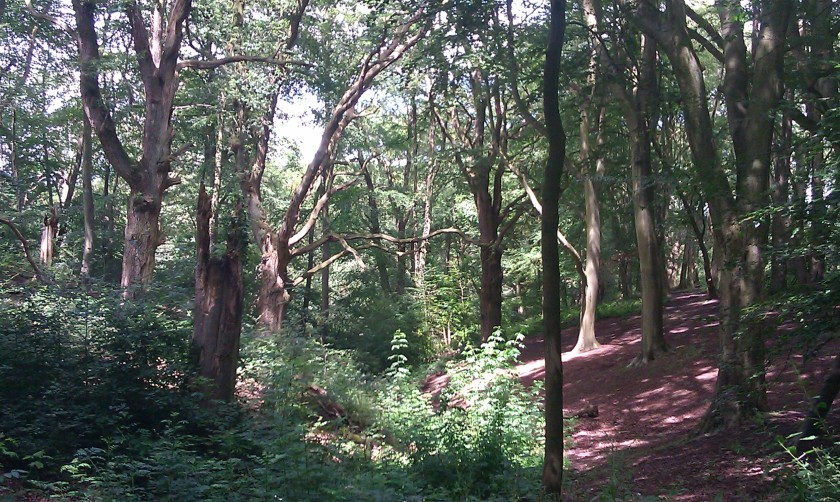 This woodland is some of the oldest in the country. The 39 acres that survive today, have been used for common grazing since the sixth century AD.

And as you walk through the trees – the ancient oaks, beeches and sweet chestnuts – it’s easy to imagine yourself transported back through the centuries. 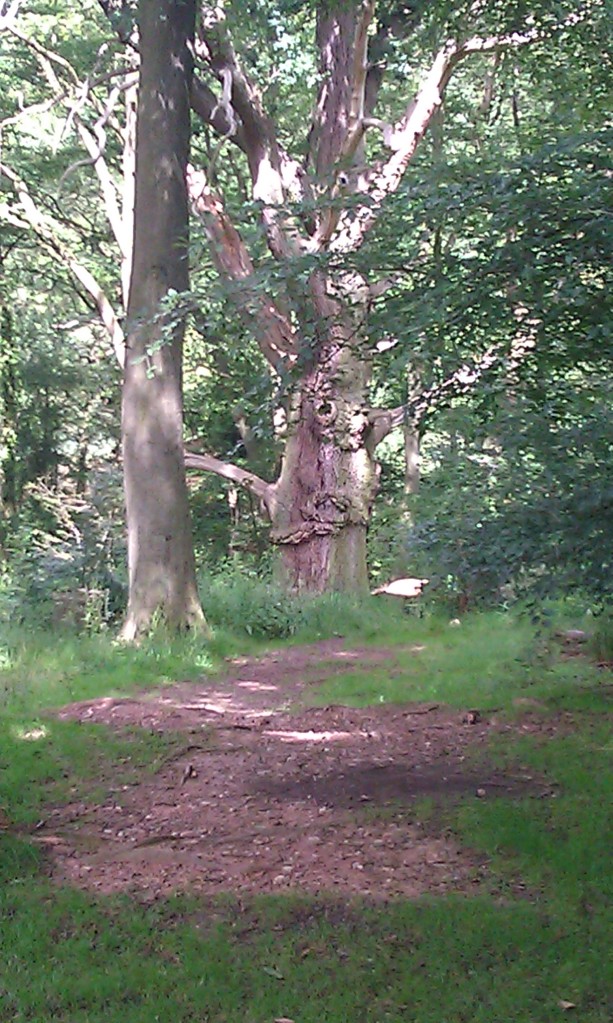 Even as a child, coming here for family walks, I would imagine that Robin Hood and his merry men would be hiding in the branches, ready to leap out and surprise us.

I have mixed feelings for trees and woods.

On the one hand, I love trees – they feature in the vast majority of my artwork. Given a piece of paper and a pencil, chances are, I will doodle something treelike and it has always been that way. I think I’m most fascinated by the shapes of their branches, and the various silhouettes they create in the landscape. 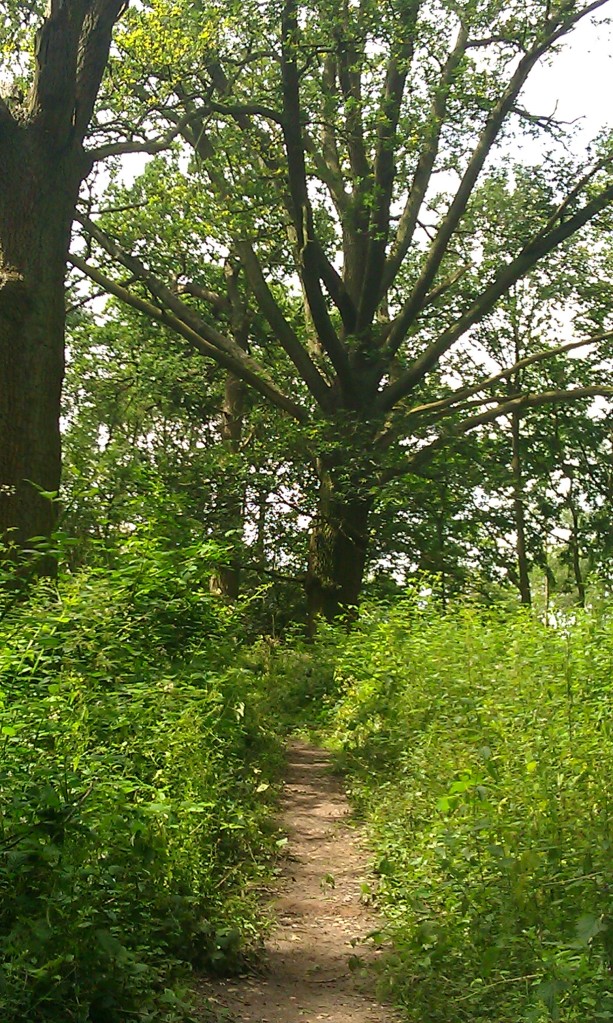 Perhaps it’s because I feel a sense of wonder for trees, that I tend towards the pagan sympathy that endows them with spirits.

There are a number of woods where I feel happy to walk alone. The woods at Hanbury are certainly friendly as far as I can tell. But then there are other woods I’ve visited, where I picked up a far less welcoming sensation. Places where I just didn’t feel safe. Is there something primeval in us that accounts for this?

Fanciful it may well be, but I tend to think of woods as having either happy or angry spirits.

But the spirits were certainly being very benign last week. The sunshine was warm on my back and the light dappled through the canopy, casting beautiful shadows across the paths. Everywhere was lush with vegetation and the birds were singing their hearts out.

If you’re anywhere near Hanbury, Worcestershire, take half an hour to stroll along the woodland paths and see what the spirits in the trees do for you.

One thought on “A Walk In The Woods”