I was beginning to feel a bit cheated by Mother Nature this autumn – what had she done with all the traditional colours?

Around here, the reddy-golds have been in very short supply.

But today I realised there were other little gems to discover…

The bracken fronds were dripping with diamonds… 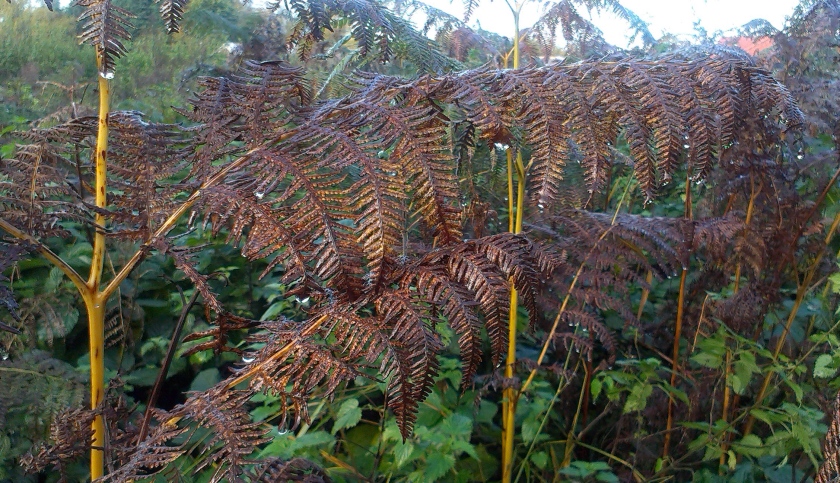 Hips were doing an impression of a firework going off…

And hiding among the shiny wet leaves….

were these little chaps – yes, they really are that delicate colour! 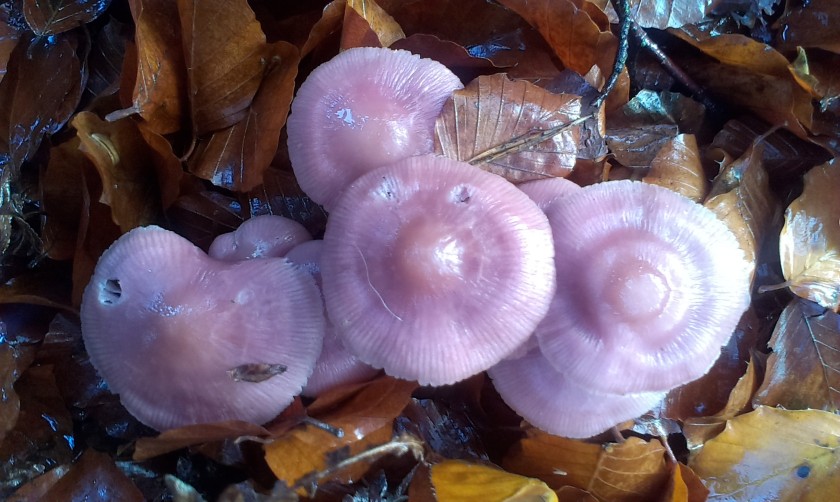 We seem to be having an odd autumn around here. I watched our local avenue of horse-chestnuts change from green to dusty brown without stopping at all in any part of the yellow/gold spectrum. Red seems to have been missed out almost completely – except for the holly berries which are trying very hard to fill the void. There are a few trees attempting to play the game, but it’s a half-hearted effort.

Then last week, the acres of green bracken suddenly turned a washed out beige.

Already though, this has begun to change, as the first light frost, followed by hours and hours of heavy rain, has started to turn the bracken black. And now it is all beginning to sag. Sometimes it feels like only yesterday that I was excitedly spotting the tightly curled emerging fronds, and now the vast growth, taller than me in lots of places, is all about to sink back to the ground.

Melancholy is supposed to be the emotion of the month, but I try hard not to go down that road – it can be too hard getting back. Instead I like to enjoy the changes.

I can already sense the woodland opening up as the leaves start to fall in greater amounts and the floor changes from a green mattress to a scrunchy brown and gold leafy carpet. Soon we’ll have a heavier frost and wake up to a spangled scene. And in the meantime, I relish the mornings when the sun streams through the canopy…

Impossible to feel melancholy with all that going on.